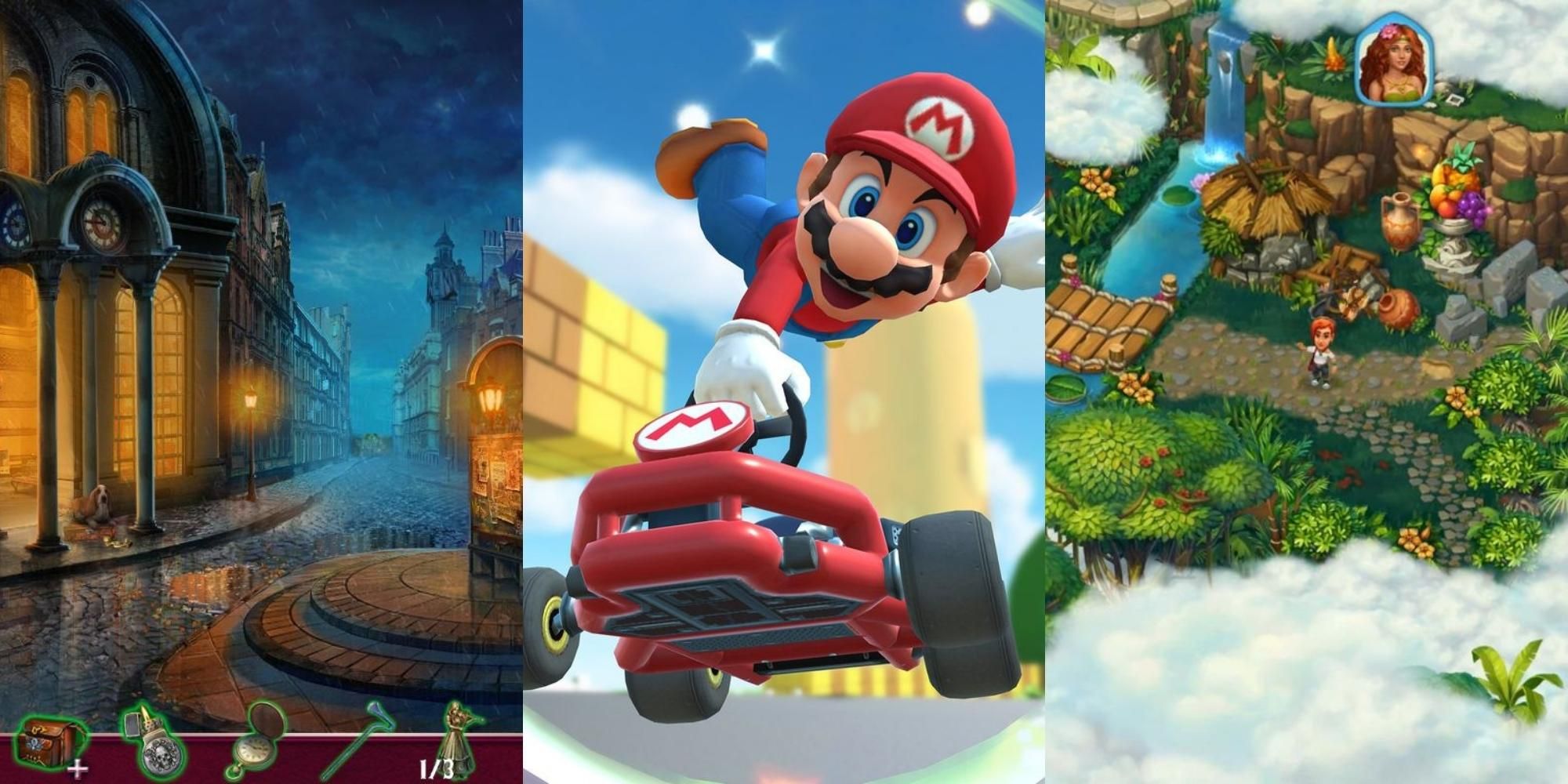 Couples who love gaming have a nice variety of mobile games that’ll help them have fun, relax, and even improve their cognitive skills together. From the greatest relaxing games to imaginative multiplayer games there is something for all types of gamers and couples. Couples get to spend some quality fun time together while taking part in thrilling online battles, cooking, or exploring the world together and solving fun puzzles and mysteries.

Even single-player mobile games can be a whole lot more fun when played together making the gameplay more exciting or easier and in some cases harder. These feel-good story-driven games for couples can help them learn how to overcome difficulties together and understand how the other thinks on a deeper level.

Hidden Object – Mother Nature is one of the most beautiful mobile games that celebrate nature and help its players relax while finding hidden objects. The game has charming graphics and is HD quality design which makes the beautiful scenery and lovely fauna, flowers, and animal images even more enjoyable. Mother Nature’s gorgeous art style is accompanied by equally beautiful music and calming nature sounds.

What makes this hidden object game special is that it comes with a mystery twist that the players can solve as they explore and go through its exciting 200 levels. The gameplay is considerably easy which makes this game a great choice for casual gamers and beginners too. It’s a fun and mood-boosting single-player game that’s a great choice for couples who want to play together to unwind and practice their problem-solving skills together.

Sarah’s Adventure: Time Travel is one of the best games involving time travel fans can play on their mobiles. It’s a fun and entertaining game with great design and a fantastic story that lets players travel around the world and back in time. Players will play the part of Sarah who’s transported back to 19th century England and have to find a way to adapt to her new life and try to find a way back home.

During this single-player adventure, players get to travel around the world while completing fun quests and solving puzzles, restoring historical artifacts as well as building their farmhouse while interacting with famous historical figures. It’s an imaginative game that can help couples learn how to overcome obstacles together, have some fun, and maybe even get some inspiration for their next real-life adventure.

Dog Sim Online: Raise a Family is one of the best simulation games with adorable puppies. It’s a fun and exciting multiplayer game for dog lovers who can explore this gigantic 3D world together and even join packs. Players can choose from a wide variety of dog breeds and fully customize their dog.

The game has lovely graphics and multiple locations with their own unique ambiance and weather conditions which make this sim game all the more fun. Players can also build their own families and level up by defeating enemies. Dog Sim Online can prepare couples for their first pet or help them learn more about their dog through fascinating dog facts while having some fun time together.

Dark City: London is a spooky and entertaining puzzle-adventure game with stunning graphics and an intriguing storyline that makes the gameplay exciting. This single-player takes its players to a realistic Victorian London where they have to uncover the dark secrets of the clock tower before it gets destroyed and hundreds of people get murdered.

RELATED: Games That Take Place In The Victorian Era

It’s a spooky detective story that never gets violent or gore which makes it perfect for casual gamers too. Players will have to collect, find hidden objects, and solve imaginative puzzles and mini-games while exploring the dark alleys of London and forty other gorgeous locations. It’s a fantastic mobile game for couples who love brain-teasers and immersive games, and wouldn’t mind improving their critical thinking skills while solving fun mysteries together.

Everdale is the most charming and peaceful multiplayer mobile game that’s perfect for couples who want to build a peaceful life together in a utopian fantasy world. The game has a beautiful design, lovely music, and a lush and vibrant world with cute spirit creatures where players can build friendships and build a society based on cooperation.

Players can enjoy a lot of fun activities in the game including trading, crafting, farming, and cooking. It’s an easy and mood-boosting game perfect for beginners and casual gamers too who are looking for a calming multiplayer. It’s one of the best games for couples that can help rewire the brain and help remove and avoid drama in real life too by making more peaceful decisions and creating more calming environments.​​​​​​Clash of Clans

Clash of Clans is one of the most popular multiplayer strategy mobile games with vibrant and cool graphics. It’s set in a fun fantasy world that’s inhabited by adorable Barbarians and powerful wizards. While the battles are frequent in this game it never gets dark or gore, which makes Clash of Clans a great choice for casual gamers too who want to try an entertaining strategy game.

RELATED: Games With The Most Inclusive Romance Options

Players will have to build their villages while training and raising their clan, competing with others in epic battles, and forging strong alliances. It’s a great game for couples in which they can compete against each other and resolve their fights in the online world or join forces and create complicated battle strategies and protect their own together.

Cooking Battle! is one of the cutest and greatest cooking games players can enjoy on their mobiles. It’s a fast-paced multiplayer where couples can team up and develop their teamwork skills or play solo and against each other in epic cooking battles. Cooking Battle! is a charming game in which players have to prepare, cook, and serve a fine variety of dishes while turning their opponents’ kitchen into hell.

Cooking battle and war games are great options for couples to play competitive games but never get frustrated or angry at each other while also getting some creative inspiration for lunches and dinners.

Nothing is more fun and feel-good than Mario games. Mario Kart Tour is a popular multiplayer mobile game with a vibrant world and a cozy feel. Mario games are beloved all over the world and influenced movies, music, and art in most countries, including Japan where there are plenty of Mario references in anime. Thanks to Mario’s gigantic fan base there is always a new game coming and improvements are made to old ones.

In Mario Kart Tour players can compete against each other and collect gliders, karts, and divers while racing around the world in real-life cities. This game will easily provide couples with endless fun time no matter their gaming level.