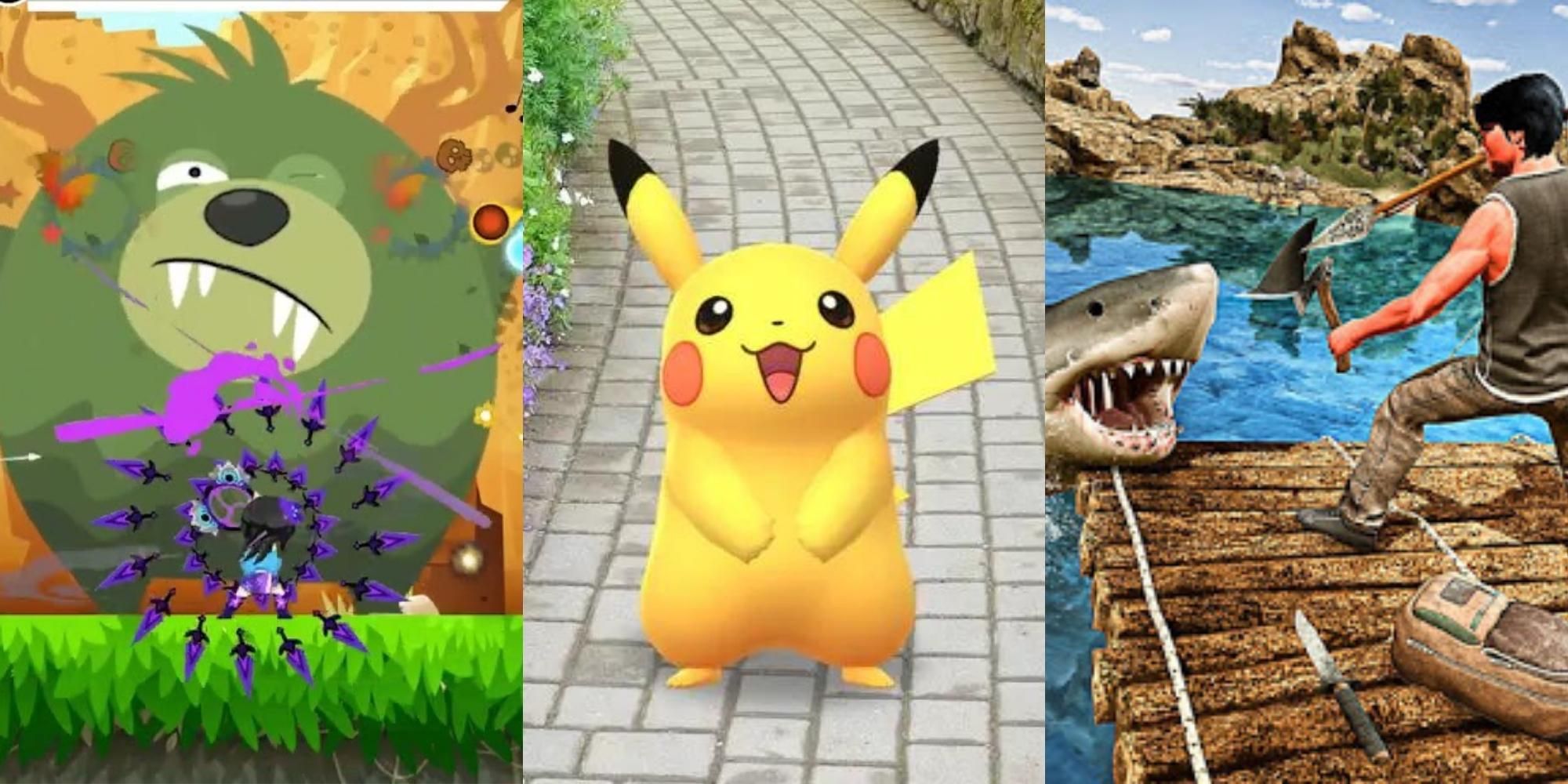 Multiplayer games help gamers socialize online in a fun way, and thanks to mobile MPS games, it’s never been easier to connect with like-minded people. For a long while, only FPS mobile games were the most popular ones but in recent years multiplayer games have been taking over the mobile gaming world.

Gamers can explore visually beautiful worlds even while playing on their mobile phone and discover immersive worlds while playing with other fans from all over the globe. These only-mobile multiplayer games not only have great graphics but imaginative stories and great characters as well. Many of them are beginner-friendly multiplayer games which makes them a perfect choice not only for avid gamers but for casual ones too who don’t have much experience yet.

Doodle Army 2 is one of the most popular shooter multiplayer mobile games with adorable but evil game characters who are just as capable of shooting and exploding their enemies as gigantic warriors in other games. While the game has charming graphics it’s actually a fairly intense game where players can go into battle with up to 6 other players.

Thanks to Doodle Army 2 fans can also invite their friends and play custom games together. However, the game is just as fun when it’s played against strangers. Players can explore over twenty exciting maps and can choose from a wide variety of weapons which make the gameplay even more imaginative and fun. Doodle Army 2 can be challenging for beginners but thanks to its great design and entertaining gameplay it always provides a whole lot of fun.

Kingdom Maker is one of the most immersive open-world mobile games inspired by the Middle Ages. In this casual strategy game, players can build their very own kingdom. The game has great graphics and entertaining gameplay that lets players either go into battles and conquer new territories or build and protect their own magical kingdom.

Kingdom Maker’s complex world where players can compete with each other in real-time combat, gossip about other kingdoms, or use diplomacy and even get married and create a family of their own. Players can also team up with their own friends or join useful alliances that will help their kingdom flourish.

Raft Survival: Multiplayer is a survival adventure multiplayer mobile game that’s fun for experienced and casual gamers too. The game has great graphics and some of the most realistic sharks in games that make the gameplay much more thrilling. Players will be transported to an apocalyptic world where they have to build a raft and try to survive only by using what they can catch from the ocean and items they crafted.

Raft Survival has an open world that players get to explore with their friends while using the game’s wide variety of weapons and armor arsenal to stay alive. Players can also find other resources while exploring the game’s dangerous but beautiful world which they can use to create new weapons and tools to increase their chances of survival.

Tap Titans 2: Idle Clicker RPG is one of the cutest games that lets its players fight against gigantic titans. While it’s a single-player, fans can upgrade and choose to go into battles with other mighty warriors from all over the globe and try the game’s multiplayer clan raids option.

It’s an entertaining game with lovely hand-drawn fantasy realms in which players can go on an epic adventure through over seventy-thousand imaginative levels. Tap Titans 2 have a fairly easy start which makes this clicker RPG great for casual gamers too who’ll have time to build up their skills before they join in the multiplayer adventure and take on more difficult monsters.

Mario Kart Tour is a super fun racing game that can be played both in single-player and in multiplayer mode. Its customizable multiplayer option takes the gameplay to a new level and lets Mario fans race against their friends as well as other players from all parts of the globe.

Mario Kart Tour has the same vibrant and charming graphics as all Mario games with a variety of karts and outfit options. The cities are also inspired by some of the most iconic real-world cities and fans can even meet some of their most beloved Mario Kart characters depending on which city they’re racing in. While it’s a fairly easy game beginners can try pro tips for Mario Kart Tour to make their gaming experiences more enjoyable.

Fun Run 3 is the cutest competitive multiplayer animal racing game with over hundreds of millions of fans worldwide. Players can race against other users in real-time while avoiding obstacles and trying to sabotage the other runners. Fun Run 3 also has an Arena gameplay option with an 8-player racing mode that further challenges its players and helps them climb the leader board faster.

Players can also join or form their own clans with friends or random players or show off their unique style during fashion shows. Fun Run 3 is one of the easiest multiplayer mobile games that still provide interesting and entertaining gameplay.

Brawl Stars is a multiplayer hero shooter mobile game that’s perfect for Battle Royale and shoot ’em up gaming fans. This fast-paced shooter can be played as a single or multiplayer and players can unlock powerful Brawlers and gadgets as they upgrade.

Players can also enjoy a nice variety of game modes that require strategic thinking, survival, and even soccer-playing skills. Brawl Stars also have engaging quests, and it’s an ever-evolving multiplayer mobile game since new maps, skins, and modes are constantly added to the game.

Pokemon Go is the most adventurous and adorable multiplayer mobile game that gets its users moving by sending them on a real-life adventure. Players get to go on Pokemon hunting no matter where they are located and catch beautiful grass-type Pokemon and all other kinds of favorites to complete their Pokedex.

However, there are other fun things users can do including battling other Pokemon Go trainers, competing in gym battles, or teaming up with other trainers and catching the most powerful Pokemons. The game has charming graphics and offers the most unique gaming experience that’s fun for players of all ages even if they’re not Pokemon fans.