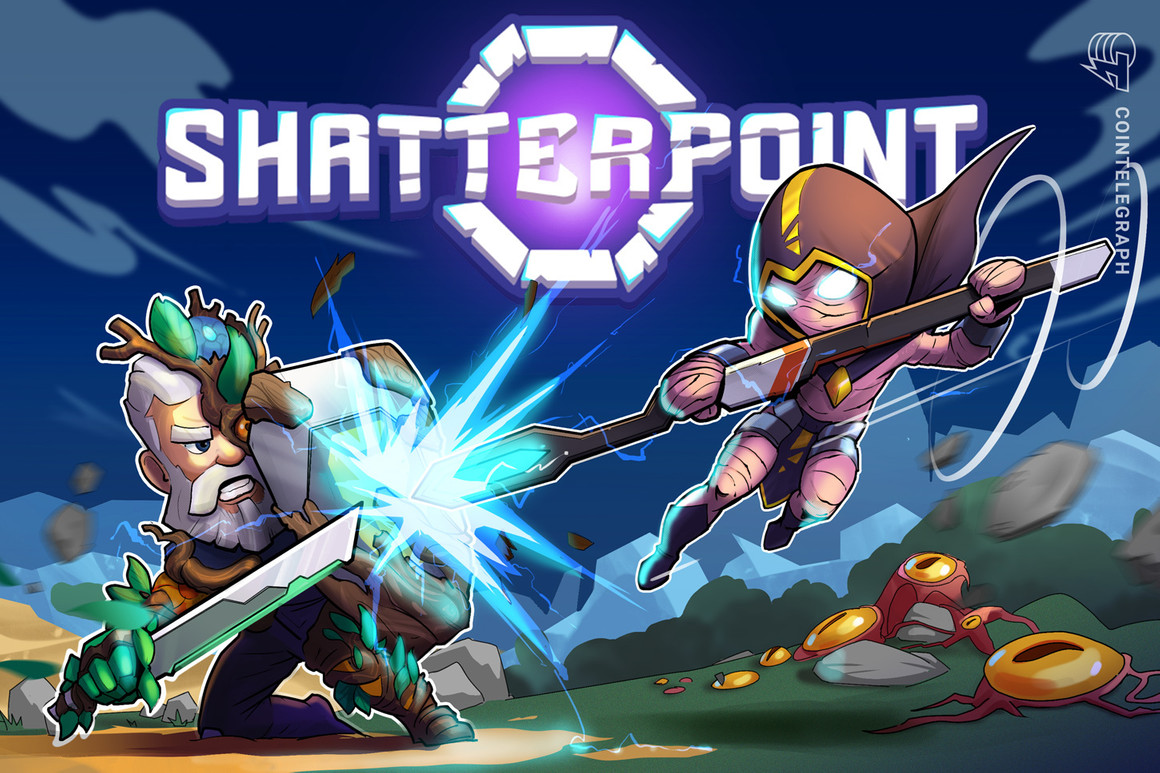 Creating a video game that is fun to play more than once or twice is a time-intensive process, a factor often attributed to the significant amount of trial and error involved. Consider that “delivering fun” in a product’s design requires several iterations. Consequently, by some estimates, this process might take 1-2 years for traditional games, and sometimes even over 5.

As the gaming world evolves from Web2 to Web3, many note the discrepancy between the fun and enticing traditional gameplay experiences and the blockchain-focused experiences in newer releases. The result is that although rewarding, these games don’t provide a compelling reason for players to make the transition.

Block Games, a next-generation game development and publishing studio built in partnership with Estoty, a mobile game studio with 1.5 billion downloads and over 200 million active users, aims to lead this shift with a series of player-owned mobile games, one of them being Shatterpoint.

Shatterpoint is an action RPG game for mobile devices with free-to-play (F2P) engineered at the core of its gameplay. As a result, the game is targeted at educating traditional players about the blockchain space, often by rewarding them with NFTs, effectively bridging them into Web3.

“We’re focusing our efforts on creating a great blockchain game, with free-to-play at the core of the gameplay. It is our aim to make the blockchain side almost invisible, creating a seamless experience for new players whilst empowering the player-owned economy and experienced play-to-earn gamers,” Benas Baltramiejunas, Block Games CEO, explains the platform’s mission.

By keeping mobile gaming fun as it exists today, Shatterpoint will encourage players of all types to enter Web3, discover play-and-earn and get rewarded with NFTs for their efforts based on skills.

Through a mobile application, a bridge is created between the estimated three billion mobile gamers on the planet and the growing blockchain community.

The story takes place in the Shatterpoint Universe, filled with mysterious portals connecting various environments inhabited by wild creatures, menacing robots and other dangerous entities. A guild of heroes founded by the mysterious entity Karluq and known as the Travelers arose, pursues their mission to unite various Free Awarenesseses (players) with Vessels (heroes) in single-player, head-to-head and multiplayer modes to gain enough power to live through The Shattering, after which the in-game universe is reset.

As the game progresses, players will have the chance to earn digital assets, trade and test their skills through battle, each with additional rewards and achievements, as they strive to live through The Shattering. In this setting, players face a skill-based game posited as “ARPG” first and “blockchain-enabled” second.

Eight months in the making

Shatterpoint was officially announced in March 2022; however, the team’s efforts began more than eight months prior. They’re currently working on an alpha version release.

The Shatterpoint team is in the process of launching their first private token sale and guild partnerships. These efforts will be followed by a retail NFT sale, public token launch and closed alpha in Q4 of this year, coming together to release their first game season in Q2, 2023. As the community grows, Shatterpoint shares its commitment to continue leading with exciting and intriguing gameplay designed for the long-term retention of casual and more serious players alike.

Disclaimer. Cointelegraph does not endorse any content or product on this page. While we aim at providing you with all important information that we could obtain, readers should do their own research before taking any actions related to the company and carry full responsibility for their decisions, nor can this article be considered as investment advice.