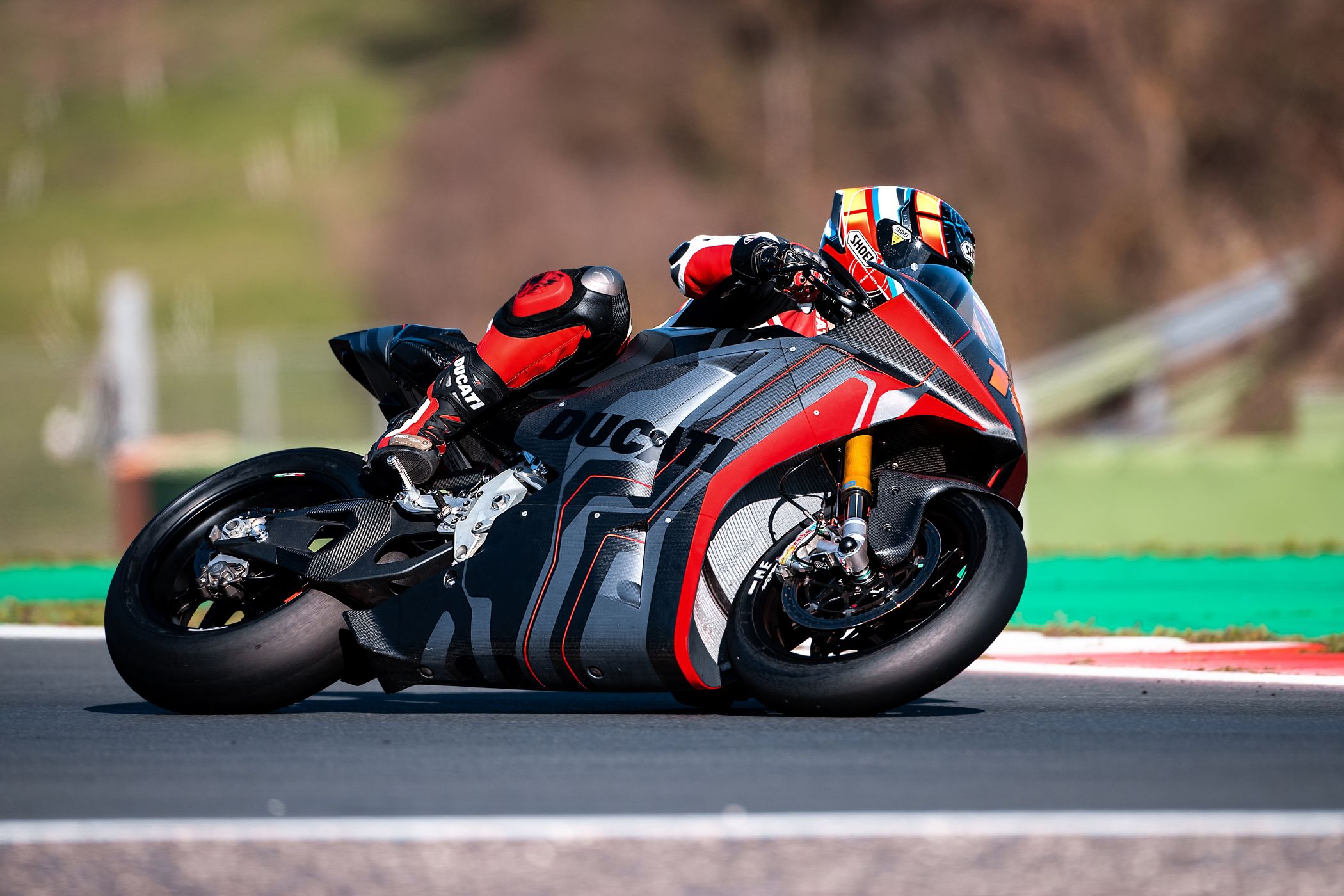 Ducati has unveiled not just its first electric motorcycle but a key piece in the 2023 season of MotoE e-motocycle racing, it announced. The V21L prototype has that classic Ducati look but is swathed in carbon fiber and packs a 150HP electric motor with a 18kWh battery. As detailed in an announcement last year, Ducati will be the exclusive supplier of all 18 bikes used for FIM MotoE World Cup racing from 2023-2026.

It weighs in at 225 kilograms (496 pounds), with just under half the weight for the battery — very heavy for a racing bike (143 pounds more than ICE models), but still 26 pounds under the MotoE specification for 2023. It’s also 35 kg (77 pounds) less than the Energica e-motocycles currently used in MotoE racing.

The V21L can be charged to 80 percent in just 45 minutes and has enough range to complete the required seven laps of key GP tracks. It has reportedly hit speeds of up to 171 MPH at the Mugello MotoGP Circuit in Tuscany.

The e-motorbike is quite a bet by (and on) Ducati considering it’s never done one before, but the company said it used its extensive racing experience to design the model. At the same time, it’ll take racing lessons learned back to its consumer models.

“At this moment, the most important challenges in this field remain those related to the size, weight, autonomy of the batteries and the availability of the charging networks,” said Ducati R&D director Vincenzo De Silva in a statement. “Helping the company’s internal expertise to grow is already essential today to be ready when the time comes to put the first street electric Ducati into production.”