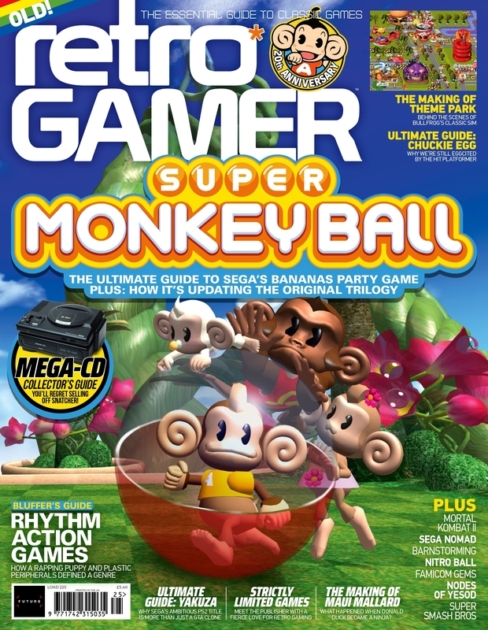 Of course, that’s not all. Elsewhere in the issue we have an ultimate guide to the classic platformer Chuckie Egg, which delighted players on the BBC and beyond, and a look back at the making of the lighthearted management strategy classic Theme Park. Collectors are well catered for as we look at the state of the market for Mega-CD games, and speak to boutique publisher Strictly Limited Games. In fact, we’ve got something for everyone, whether that’s the evolution of the 8-bit favourite Nodes Of Yesod, the story of Disney’s first foray into game development with Donald Duck In Maui Mallard, the bluffer’s guide to rhythm action games, an ultimate guide to the original Yakuza on PS2, or a conversation with Giles Goddard about how his N64 hit 1080 Snowboarding relates to his new VR game Carve Snowboarding.

You can pick up issue 225 of Retro Gamer in all good newsagents, or buy subscriptions and single issues from Magazines Direct.