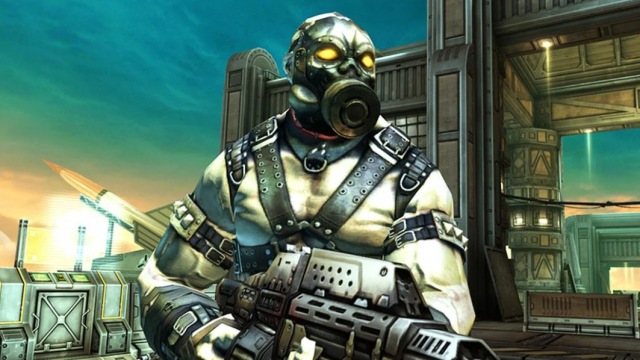 Mobile games have come a long way from the early days of bird-flinging and fruit-slicing minigames, which were often designed for bite-sized bursts of entertainment to keep you (or your kids) busy on commutes, waiting rooms, and whatnot. By comparison, modern smartphone games now feature very impressive visuals, full online multiplayer, and a bunch of other features that only a few years ago, didn’t seem possible on mobile devices.

With that said, however, not all early phone games were bad. There were some titles that stood out from the rest, offering great-looking graphics, solid gameplay, and a lack of in-app purchases – these were games that you only had to pay once for, and you’d get to play them anytime, anywhere, without an internet connection required.

As such, maybe you’d like to join us on this quick little nostalgia trip as we re-visit some titles that a lot of you young ‘uns out there might not have had the pleasure of playing. These games are no longer available on the Play Store for modern Android devices, but it’s fun to take a step back every once in a while and appreciate the yesteryears – let’s take look!

The Dead Space franchise ranks as one of the best when it comes to AAA console titles, combining a sci-fi action adventure with heavy horror elements. The Dead Space games put you in the shoes of a lone engineer who must fight back hordes of mutated, undead creatures in order to stay alive.

That’s why the launch of Dead Space Mobile was such a big hit at the time, because it showed that studios were capable of bringing console gaming experiences to smaller screens. Granted, it used a touch interface for controls, resulting in more simplified gameplay, but it managed to capture that feeling of never-ending dread as you wandered through empty corridors, hoping that your ammo lasts long enough for you to make it to the next save point.

While Call of Duty has seen a massive resurgence on mobile devices thanks to COD Mobile, the franchise actually made its presence felt years before through Call of Duty: Strike Team. Strike Team was an offline COD game which featured a lengthy solo campaign, with terrific graphics and impressive production values (no annoying ads and IAPs either). It certainly looked the part, and while the controls were a bit different, it was undoubtedly a Call of Duty game.

The game also incorporated top-down real-time strategy elements, which added some variety to the otherwise straightforward FPS gameplay. It’s a shame that the title was abandoned, although it paved the way for more FPS titles on mobile phones.

Most mobile gamers nowadays will know the Shadowgun franchise through Shadowgun Legends, which is essentially a competitive online shooter. However, developer Madfinger Games originally struck gold with the launch of their original title, which was the first entry in the franchise. The original Shadowgun featured solid visuals and non-stop shooting action (courtesy of a third-person view), which made it one of the big “must-have” games back in the day. Perhaps the only complaint is the short five to six hour campaign length of the game.

While the game still exists on the Play Store, it’s a bit difficult to find, and no longer supports a lot of devices and newer Android versions.

Another AAA console franchise game that got the mobile treatment, Mass Effect Infiltrator is a spin-off of the massively successful Mass Effect franchise. While the gameplay does somewhat vary due to being designed solely for mobile devices, the game was nevertheless action-packed, and featured great graphics and entertaining gameplay. The franchise has since remained exclusive for console systems, but Infiltrator was a great little one-time experiment which showcased what smartphones were capable of at the time, especially when it came to graphics-intensive games.

Last but not the least on this list is Dark Meadow: The Pact. A survivor horror title, the game puts you in a first-person perspective, where you’ll need to escape an abandoned hospital while escaping from the many horrors that lurk around you. As with the other games on this list, Dark Meadow featured full touch controls, and even Unreal Engine 3 which made it look terrifyingly terrific.

While Dark Meadow is still listed on the Play Store, it might not be compatible with newer Android devices and OS versions, as support for the game ended a while back.