Toyota’s prototype ‘cartridge’ is a way to make hydrogen portable 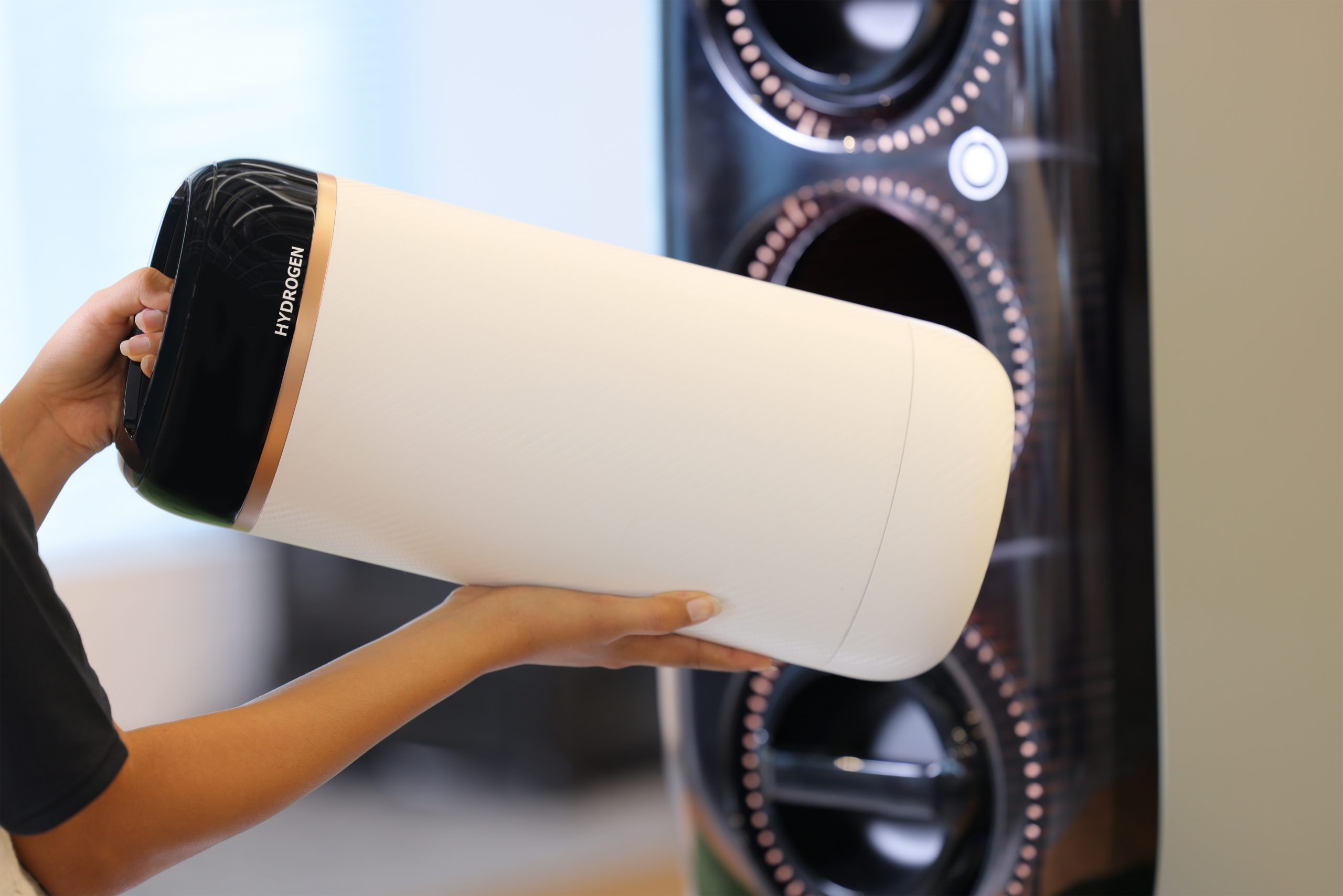 One of the myriad issues with hydrogen as a clean energy source is infrastructure, as it’s very expensive to move around and store an extremely explosive gas. Toyota and its subsidiary Woven Planet believe they may have a solution with a new portable hydrogen cartridge prototype. The idea is that they can be filled up at a dedicated facility, transported where needed, then returned when you receive your next shipment.

The cartridges would be relatively small at 16 inches long, 7 inches in diameter and about 11 pounds in weight. Toyota calls them “portable, affordable, and convenient energy that makes it possible to bring hydrogen to where people live, work, and play without the use of pipes.. [and] swappable for easy replacement and quick charging.”

They could be useful for “mobility [i.e. hydrogen cars], household applications, and many future possibilities we have yet to imagine,” Toyota said. It didn’t mention any specific uses, but it said that “one hydrogen cartridge is assumed to generate enough electricity to operate a typical household microwave for approximately 3-4 hours.”

In its press release, Toyota acknowledges that most hydrogen is made from fossil fuels and so not exactly green. But it thinks that it’ll be generated with low carbon emissions in the future, and that the cartridges could help with some of the infrastructure issues.

Toyota plans to test that theory by conducting proof of concept trials in various places, including its “human-centered smart city of the future,” Woven City in Susono City, Zhizuoka Prefecture in Japan. The company is also “working to build a comprehensive hydrogen-based supply chain aimed at expediting and simplifying production, transport, and daily usage,” it said.

Hydrogen is an impractical fuel for automobiles, mainly due to the expense and lack of places to refuel. It’s more viable for things like trains and semi trucks, where electrification can be more of a challenge. It also holds promise for air transportation, as batteries are too heavy to be practical in that situation. However, Toyota seems to be pitching the cartridges for personal and home use, but it’s not yet clear what you’d use them for.